Against her father’s wishes, Meg Cavelli’s dream of becoming a private eye is a reality until the past tears back into her life in the form of Seth Truitt. The man left her without so much as a by-your-leave, and now her traitorous family has rolled out the fatted calf for him. But Seth could be her answer to solving a compelling case—a criminal psychopath that she and Seth dubbed “the monster” when they were kids. Can Meg open her heart just a little to accept help from the handsome flyboy?

After eight years in the Army Air Corps, Seth Truitt is back—but with a dark-stained past, and helping Meg in her pursuit of a deranged predator might be far more dangerous than flying P-26 fighters for USAAC, even if his no-strings-attached-deal might drive both of them crazy with desire. But how will Seth be able to convince his one true love to trust him after he left her flat eight years ago?

Joining their minds and hearts might be the only way to stay alive.Because somewhere, not far away, the monster lurks… 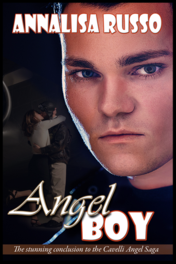