I went to an all-girl Catholic high school (yes, with the plaid skirt/blazer/knee-high socks) and on to an all-girl college where I rebelled by wearing slacks in the library instead of a skirt. I majored in math until I switched to English Lit after deciding to become a teacher. Since I wanted to graduate early, I took several English courses at a time which is frowned upon in math (you know, prerequisite and stuff) and then went on to teach 5th grade math--go figure.
During this exciting time, I began to write, for my own pleasure, as no one wanted to buy my stories. I have a rejection slip from Helen Gurley Brown at Cosmopolitan magazine way back when they published short stories in each issue. I framed it because Ms. Brown actually wrote on it and said (and I quote): "Your story was not quite right for us, but we’d be interested in seeing some of your other work." Of course, I didn’t know at the time that I should have opened a bottle of very

expensive champagne, called all my friends over to celebrate that I received an actual written response from an editor instead of a form letter. Now I’m much more savvy now; I crack the champagne when I push "send" on the finished manuscript. In my naiveté, I actually took Ms. Brown’s letter as a rejection—gasp--and decided to concentrate on making a living.

I also married, had three children, traveled, took up gardening and became a pretty good cook (now I just cook for company; my stove is for resale purposes only). And I inherited a tabby named Buster who really runs the house and my life. Luckily he’s pretty easy to live with and doesn’t complain unless his dish is empty, which is all the time.

My daughter, Teresa, helped me create my website as her business sense is intact along with her sense of humor (a necessity to working on technology with me, so she says).

My Cavelli Angel Saga, a romantic suspense quartet about an Italian immigrant family in the 1920s and 30s, has now been re-issued as Familia :: Books 1-4. The Cavelli family consists of three brothers---Michael, Raphael, and Gabriel, named after the archangels by their overly optimistic mother (and angels they’re not) and two sisters, Anna and Tessia.

I have also completed a 4-book, sweet contemporary romance The Green Earth Christmas Series. I LOVE writing holiday stories! Who doesn’t like those wonderful happily-ever-after endings?

I hope my characters and their stories stay with you long after you turn the last pages.

I grew up in the Midwest in a first-generation Italian family. We lived with my grandparents since in an Italian family when the oldest girl gets married, she doesn’t move out, her husband moves in. I was the eldest of five children which caused the usual sibling problems—fighting, borrowing stuff, and eating really, really fast or you were out of luck. Our grandparents spoke to us in Italian, and we answered in English (so we wouldn’t get kicked out of kindergarten like my mother did for not knowing English).

just by joining our newsletter! 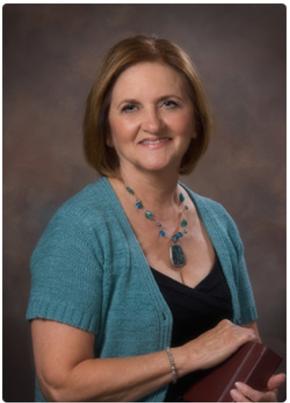