The Cavelli Angel Saga is Annalisa Russo's first romantic suspense quartet about an Italian immigrant family in 1925—the Cavelli family. The family consists of three brothers—Michael, Raphael, and Gabriel, named after the archangels (and angels they’re not!) and two sisters, Anna and Tessia. The fourth and final book was released in 2016. 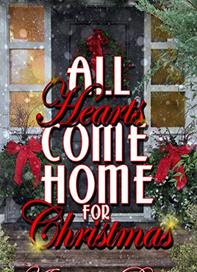 Against her father’s wishes, Meg Cavelli’s dream of becoming a private eye is a reality until the past tears back into her life in the form of Seth Truitt. The man left her without so much as a by-your-leave, and now her traitorous family has rolled out the fatted calf for him. But Seth could be her answer to solving a compelling case—a criminal psychopath that she and Seth dubbed “the monster” when they were kids. Can Meg open her heart just a little to accept help from the handsome flyboy? 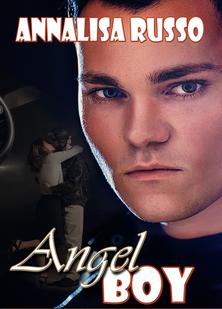 into the reason he left seven years ago–the girl he traveled half way across the globe to forget.

Hope Macklin—quasi-mother—sob sister for The Spectator daily—is asked to cover the high society wedding of Tessia Cavelli. The job would mean a raise to seven dollars a week, but the heiress’s bothersome brother...[Read More]...

When Wade Bennett becomes the new sheriff in town, he plans to care for his widowed mother and put aside money for world travel. So romance isn’t on his mind, but seeing Maisie brings back memories of when he thought she might be the one.

As dreams confront reality, the holiday turns serious for the unwary couple, and heavenly helpers have only a few weeks to assist two determined souls get what they want   [Read More]...

Isn't it enough Cleora Butterfield has agreed to be her enormously pregnant BFF's back-up birth coach? Does she really have to repeat last year's disastrous New Year's Eve blind date with Ross Hollister—one of said friend's favorite people—even if the man is smokin' hot? She has enough of

generation. So when a redheaded siren appears at his door the morning of his sister’s wedding, he wonders about the deity’s sense of humor.

As one of the few female doctors in Chicago in 1925, Faith Truitt has something to prove, and she can’t afford to make a mistake that would destroy her career–like...[Read More]... 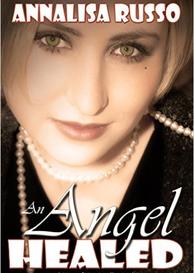 Charity O’Malley is about to break the law of the land in order to follow her dreams. They’ll call her a whisper sister. A tarnished female. A Jezebel. As a woman who wants to shape her own destiny, she’s about to reopen her father’s speakeasy, but Big Mike O’Malley reaches out from the grave to save his recalcitrant daughter from her folly. 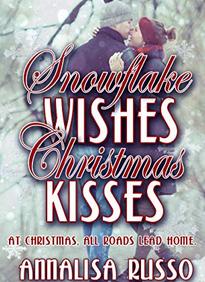 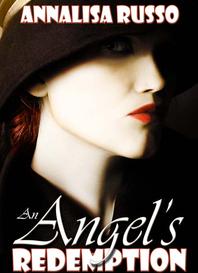 Jillian Magee, a fifth-grade math teacher who loves Christmas, has a freezer filled with Christmas cookies, all her Christmas gifts wrapped, and the red scarves all knitted for her caroling party. Unfortunately, the universe seems bent on depriving her of joy this season, even when it supplies her 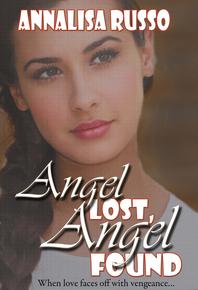 Tristán Solano, famous as Trystan Sol in the rock music world, grew up across the street from Jillian Magee, his first friend at five years old and the woman he left in order to grab the brass ring. After eight years with a popular group, earning more money than he can possibly spend in one lifetime, he longs for his old, uncomplicated life. As Christmas approaches, he leaves the band and heads home with his four-year-old daughter.

Will Jillian have her heart broken again, or can she and Tristán overcome the past and keep each other warm this Christmas?[Read More]...

Gabriel Cavelli, the Harley-riding bad boy of the Cavelli family, has to honor a deathbed promise to a friend to look out for his young, educated-out-east daughter. Gabe, one of the three Cavelli boys named—or rather misnamed—after archangels, finds himself caught as he tries to rescue an unwilling damsel in distress from a crooked Prohibition man.

As more threats unravel, old enemies come out of the shadows and force Charity and Gabe to band together against decades-old dark secrets—and find safety in each other’s arms..[Read More]...

Giselle Delacroix, heir to a French fashion line, decides to jump ship and open a children's clothing store. Busy and overworked, the last thing Giselle needs is a Christmas romance—even if the man involved is every woman's pièce de résistance. 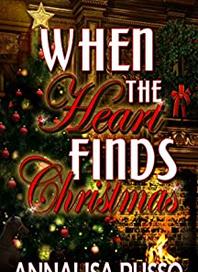 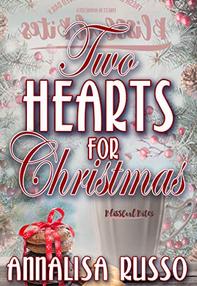 Cyber security expert Cord McQuada heads back home with his twelve-year-old niece in tow. Not that he ever planned to return after the community booted him out eight years ago. And since his only Christmas presents growing up came from the local gas station, he'd rather skip the town's over-the-top festivities.

After eight years in the Army Air Corps, Seth Truitt is back—but with a dark-stained past, and helping Meg in her pursuit of a deranged predator might be far more dangerous than flying P-26 fighters for USAAC, even if his no-strings-attached-deal might drive both of them crazy with desire. But how will Seth be able to convince his one true love to trust him after he left her flat eight years ago?

Joining their minds and hearts might be the only way to stay alive.Because somewhere, not far away, the monster lurks.[Read More]...

Michael Vincente Cavelli would have been happy as a farmer; instead, he has a lot on his plate–being the only rational Cavelli male for starters, and then running the family’s successful dairy. If that isn’t enough, someone is out to cripple his business propelling him into lies and treachery weaving back a

Baker Maisie Quinn opens Blissful Bites and finally realizes her dream—a business she loves and life in a charming small town with her two children. And if she wins the Three-County Christmas Bake-Off, the generous prize money will be a godsend to her meager budget.

Raphael Cavelli—archaeologist—wanderlust—heir to the Cavelli fortune–wonders why he isn’t in some watering hole in Peru drinking a lukewarm cerveza next to a bosomy blonde. Instead, he’s back in Chicago trying to stay one step ahead of the law for stealing the archaeological find of the century when he bumps, literally,

her Christmas platter with planning and delivering the annual holiday pageant for her 5th and 6th graders.

Ross returns to the charming small town of Green Earth, Minnesota to get away from the rat race in New York City, where he babysits his celebrity clients. He longs for the peace and quiet the Christmas season can deliver here. So being Cleora Butterfield's plus one isn't in his plans—even if the woman is exquisitely tempting.

If Melah, a celestial messenger, doesn't step in, Ross's long-held secrets and Cleo's badly broken heart might get in the way of any hope for a Christmas romance. Read More]...